Will We All Soon Be Running Our Businesses By Smartphone? 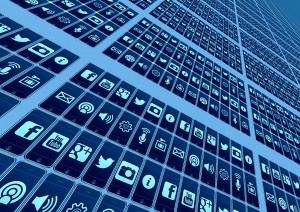 One FTSE 100 chief has claimed that within the next three to five years Britain’s small business owners are all set to start running their companies via smartphone. The boss of software firm Sage also predicted that wearable technology, such as smart watches, is set to take off and become an asset for these firms.

Meanwhile, business smartphone apps are being unveiled in swift succession, and there’s even one futuristic app which can enable a phone to be used as a projector, enlarging images so that a roomful of people can examine them. So how comfortable do UK SME owners feel about using phones, apps and wearables to run their businesses – and is there still a place for landlines and PCs?

The Rise of Smartphones
Usage of smartphones has risen sharply over the last few years, and according to the most recent Ofcom figures 66% of all adults now own one – up from 30% just five years ago. Another recent independent survey showed that a similar proportion of business owners are also using smartphone apps. This underlines how quickly this area of technology has become a workplace essential.

Smartphone use allows business owners to stay constantly in touch and to reach workers when they are out and about. They also make it possible to get deals done more quickly, by getting hold of the person you need there and then without long delays. Email and messenger services on smartphones offer additional ways to get hold of someone even when they aren’t available to take a phone call.

Expansion in Apps for Business
Staying in touch is only the start, since SMEs can now use phones and suitable apps to carry out all kinds of tasks, including many which, in the past, relied on you being in the office. Thousands of different apps have been developed over the last few years, including some which make it possible to forward vital documents or answer detailed queries.

Increasingly there is a move towards cloud-based services which can be accessed via smartphone, PC and tablet. Various different kinds of application are becoming increasingly valuable for smaller businesses. These include everything from instant translators and cloud-based accounting to software to enable virtual meetings, not forgetting the ability to book tickets and hotels for business trips.

How Can Wearables Help?
It is still early days for wearable technology, such as the smart watch and the much-hyped Google Glasses. While many people at present might regard this kind of product as gimmicky, it is being claimed that the roll-out of wearables will bring benefits for business and further increase productivity.

Tracking devices incorporated in wearables could make it possible instantly to know the whereabouts of key staff who have to travel out of the office. Wearables are also likely to cut the time it takes to access information you need quickly, while many other advantages will become apparent as the technology is developed further. However, there could also be privacy and data security concerns, something which has already frequently arisen with smartphones and other mobile devices.

Why Landlines and Computers Are Still Needed
Despite the growth in smartphones and apps, there is still a need for landlines. Many people are still reluctant to call mobiles or to leave a message on them, because they don’t seem as professional and stable as a landline. Having a traditional phone number helps to give your company a permanent presence and improves your image. It’s also still the case that you often get a better and clearer line for conversations by using a landline.

Computers remain a must for business, since they can do a lot that you can’t do on even the best of phones. There’s no disputing the fact that a PC, with a full-size keyboard, is better for working on documents, spreadsheets and many other projects. When based in an office you need a workstation where you can sit comfortably and look at your work properly rather than on a small screen.

Companies based at Basepoint business centres can rely on the provision of landlines, as well as fast broadband backed up by expert IT support. This means that individual businesses are free to make use of traditional and new technologies in whatever combination suits their particular needs. Basepoint also offers a range of virtual offices. This means that if you have just started up and are mainly running your business from home and via your smartphone you can still have the advantage of a permanent business address and landline number. You can also keep the same address if in the future you move into a Basepoint unit within the centre. 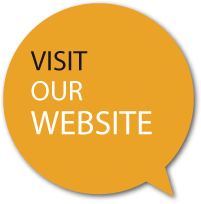